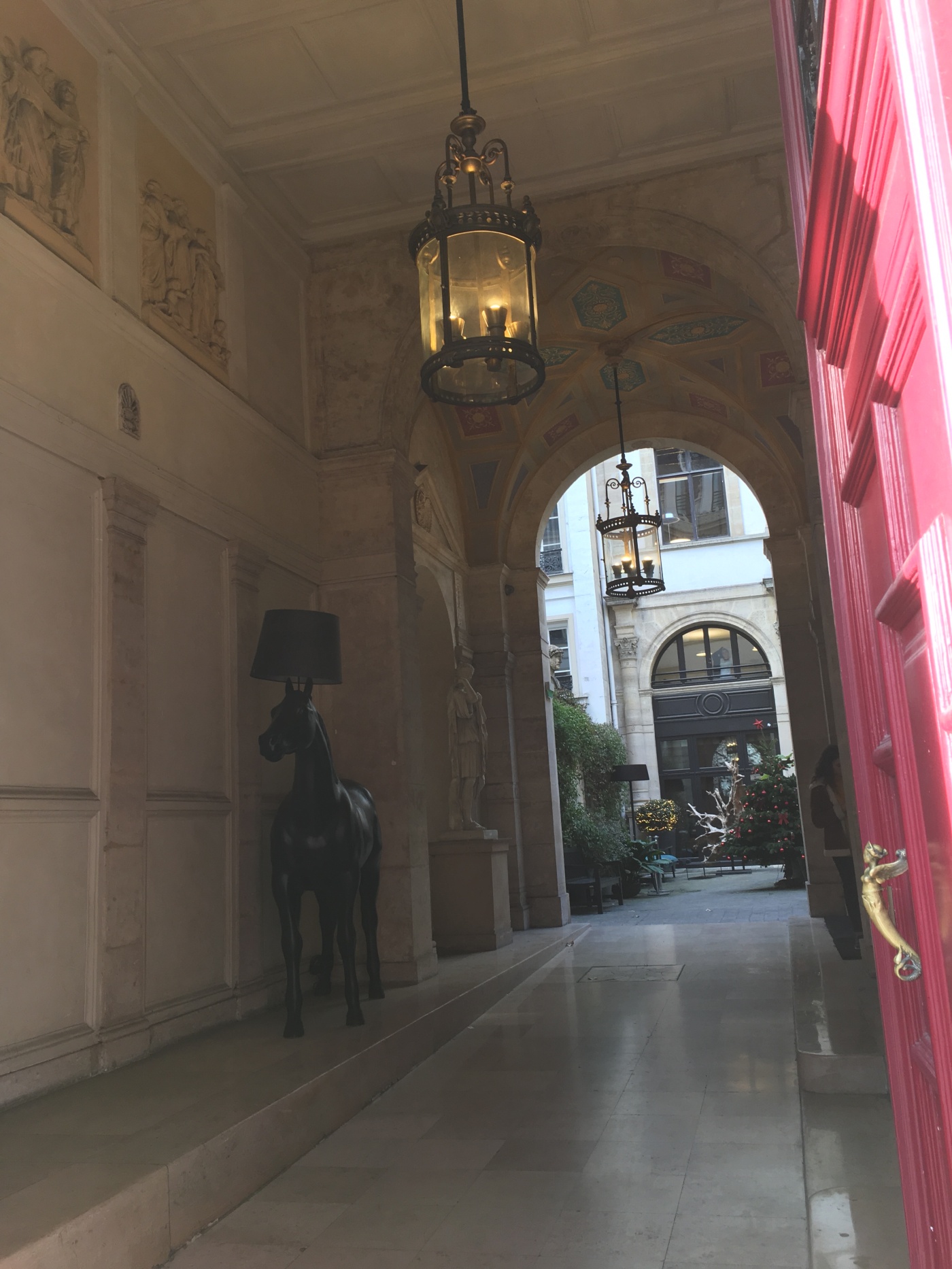 A friend asked Chun to meet at Fauchon shop at Madeleine church today. Chun is on a day-off, before attacking the intense weekend with four performances of La Dame aux Camélias in 3 days! He thought, “lunch at Fauchon? interesting. I’ve always seen Fauchon corners at the Charles de Gaulle airport in Paris selling macarons and chocolates but never knew that they have actually a restaurant too!”

He soon received a message from his friend, asking him to get to Akrame at 7 rue Tronchet. It’s such a discreet place…… Chun looked for the number seven of that rue Tronchet for a long time, and finally decided that he should walk into this corridor located somewhere between no. 11 and 5, no sign of any “Akrame” nor restaurant nor number 7 yet. 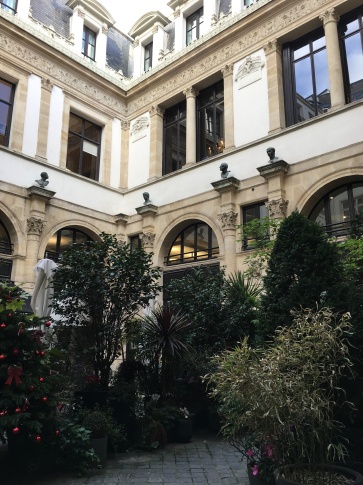 Once he was inside, he discovered this elegant private terrasse, he wondered if that was the place, still no sign of any “Akrame” or restaurants!

Then behind a door with a logo on it, was this elegant restaurant with designed with sober and wooden tones. 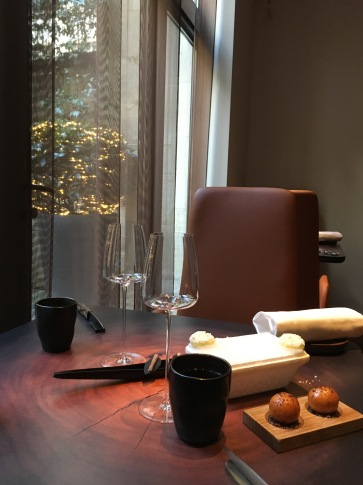 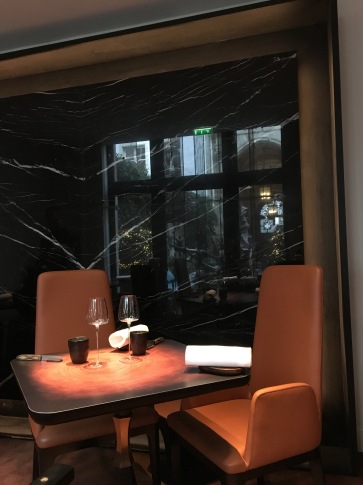 The two friends were greeted by two friendly waiters. One of them was Florian, who apparently never had never been to Hong Kong but was dying to work in a restaurant there…

Chun and his friend then spent more more than two and a half hours there, enjoying every bite and sight of the dishes that they ordered. The gastronomic cuisine was excellent, they had very good talks over it. Chun was however a little bit disappointed by the dessert, which was small in portion and a little bit too light. He was so disappointed that he didn’t even take a photo of that. 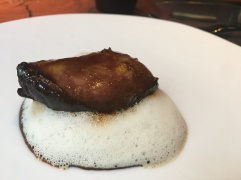 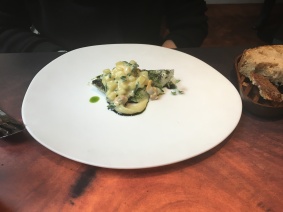 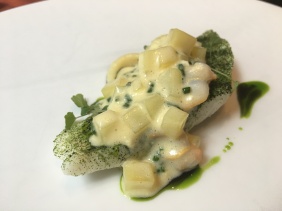 They finished their day walking around the streets of Paris, admiring the chic decorations for the end of the year. The decorations are simple but very beautiful. The two friends both wished to see less purple and red on the ones in Hong Kong……..

….. and passed by the Ritz Paris, where the Christmas trees are at their best. 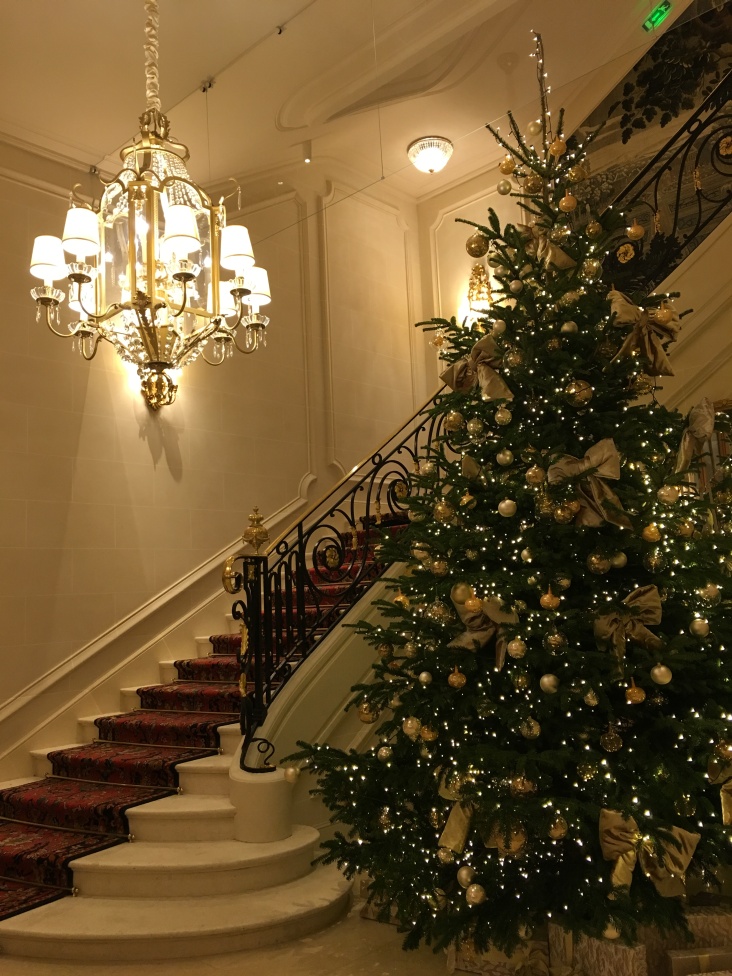