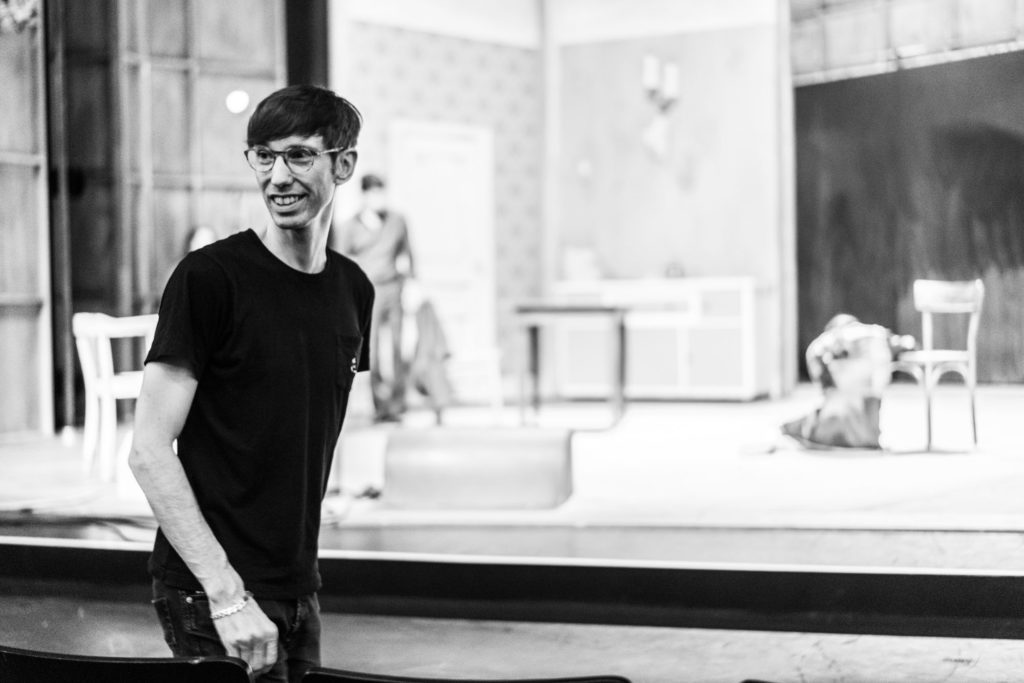 By now, France seems to be back to normal completely. The public transports are in full service, almost no more strike, and the Paris Opera too is opening its doors to the audience once again.

The first ballet that is performed after the social movement is Giselle, an eternal classic created at the Paris Opera Ballet in 1841. Yesterday night, this series of Giselle performances ended at the Palais Garnier. In Opera Bastille, we will be having our second show of the Balanchine evening this coming Tuesday. The Giselle group will then going to Japan on tour, presenting Oneguine (John Cranko) and Giselle to the Japanese audience. I am quite disappointed not participating in this Japan tour as I have wonderful memories from the last time…..

Meanwhile, we started rehearsing for a creation by Alan Lucien Oyen at Opéra Bastille. We’ve just started, we only worked together for 3 days. Alan is a relatively young choreographer who likes introducing theatre elements into his contemporary dance pieces. This means that we might be using text while dancing in this creation, just like his other works.

On the first two days, we started by introducing ourselves to the group. We were 40 dancers, forming a big circle in the ballet studio. Each of us was invited to present ourselves in around 15 minutes. Talking is not our preferred way of expression, so it was quite a difficult exercise for most of us. At the end, we are surprised by others’ stories, and by how little we know about know our colleagues!

I am naturally very concerned about China’s coronavirus situation. In France, there are only approximately 11 cases by now. But the numbers keep going up in Asia. It is strange how the official information about this n-Cov virus is paradoxal in France and in Hong Kong. For example, every hongkonger believes that someone who experiences no symptoms could be a carrier of the virus and could transmit it to a third person, while in France, the government says that only those who experience specific symptoms associated with the coronavirus could transmit the disease through coughing or sneezing. Other countries seem to have other guidelines, and everything is « not-known yet » according to the WHO. How curious.

So, let’s stay healthy and happy.

One thought on “France back to normal, creation by Alan Lucien Oyen”