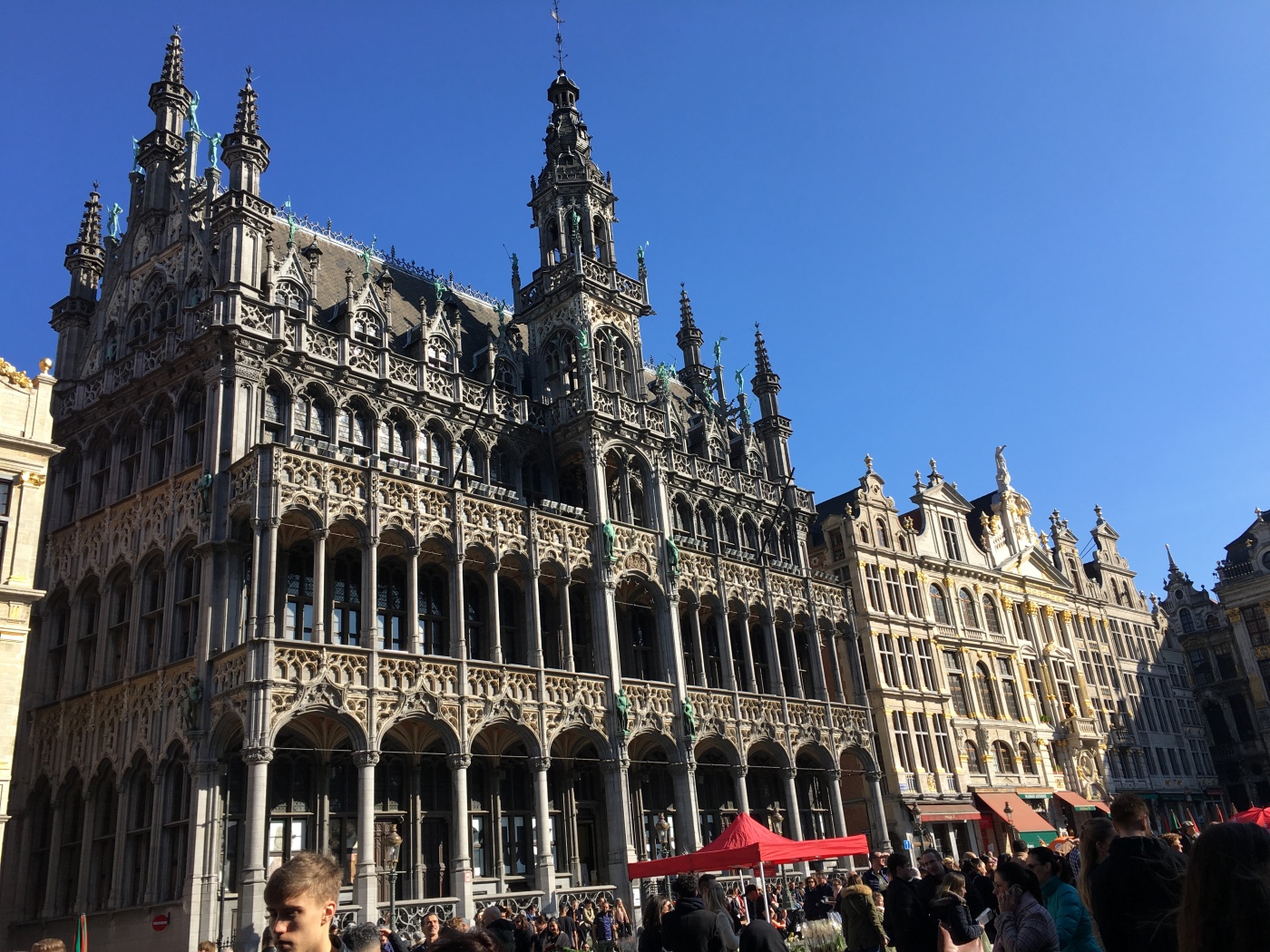 So today, I decided that I would offer myself a trip! I always think that we will never know what’s going to happen next in life. While I am now lucky enough to live in this beautiful continent of Europe, with different amazing places from just several hours away from me, I will go and explore as much as possible. As the Chinese says: “讀萬卷書不如行萬里路” which means, you might learn more from travelling ten thousand miles than to read ten thousand books.

I actually had the idea to go to Brussels two days ago. A weekend is quite short, and I thought it is quite close to Paris. It’s a day off for me today. I literally spent a whole afternoon hesitating, whether Brussels is a good choice or would I prefer choosing another city? How to get there, how to use my holiday vouchers, making reservations by myself or through an agency, where to stay……. After all, it is the first time that I will go on a trip alone! So I am probably a little nervous and worried, and unlike the frequent solo travellers, I don’t have the experience to make quick decisions.

But I’m there! It’s 18h30 and I finally booked the hotel, which looks quite nice. And I start to get excited about my trip! Which will be in two weeks’ time.

Yesterday, Monday 18th, I bought my bus tickets to Brussels for this weekend. This marks the “point of no return”, no more hesitation. “Your hotel booked on booking.com is cancellable with full refund, but these tickets, you paid for them already.”

Okay, so I am going to Brussels this weekend. I have not planned anything, this is going to be my first solo get-away. I am getting excited. Now, I am in the middle of quite a bit of stress, I need to get away. But you know what? I am a little bit worried about this trip still, I wouldn’t want to walk too much (but I will, for sure) and have my leg muscles completely tensed up when I will come back for a few more performances. That’s probably why I chose to take a bus, which will take 4 hours to get there, but at least I will be able to be able to enjoy new sceneries without walking at all.

First day in Brussels, a tour in the city center~

Here I am, in Brussels, alone, on my first ever solo trip. I am writing this in the popular restaurant Chez Leon, many of my friends insisted that I try the local fries and mussels, so I ordered a cliché dinner: mussels, fries and beer. My beer arrived first, my first beer ever in my life! Meanwhile, i am waiting impatiently for my mussels and fries, and to compare the fries with the mcDonalds fries that I used to love when I was a child.

I have been enjoying my visit here so far, this morning since I arrived by bus, I did the main landmarks of Brussels, the city’s museum, the famous Manneken Pis statue, tried some chocolates, a waffle, walked a lot and a lot, I wanted to see the royal palace so much but it was closed apparently.

Generally speaking, I found that the atmosphere of the city quite comparable to a small French city, not Paris because Paris is much more crowded and people are much more in a bad mood all the time. The main language here is French, with the same Parisian accent. I also see a lot of French shops in town like the bakery Paul and a lot more others recalling Paris and French culture.

Weather was perfect, sunny and warm. What impressed me the most is still the Grand Place. The architecture styles are impressive and I was surprised to be one of the few people who actually paid 4€ (only) to see the city museum of Brussels at the Grand Place. The plaza was packed with people and tourist and I found myself alone in the museum….. yet the museum was very interesting, it’s about the city’s history, culture but the original statues of Saint Michel (which is at the top of the Hôtel de Ville) and Manneken Pis are actually stored in that museum! This made me so proud when I arrived at the famous fountain with the Manneken Pis, surrounded by tons of tourists, I wanted to tell them, “you haven’t even seen the original Manneken Pis!”

My mussels are still not arriving…

Second day, a park and mainly museums before going back~

Yesterday’s mussels turned out to be very average. Maybe they were exceptional comparing to other countries’, but I don’t often have seafood so I really couldn’t judge. The fries were definitely better than McDonald’s, but once again I have fries like once a year so I couldn’t judge neither. However, I had the very first beer of my life! So obviously, couldn’t tell whether it was good, for me it tasted like beer.

I had another very good day, I am now waiting for my bus in my hotel, my legs are very tired from walking around for a whole day. Today, I went to a park a bit far from the city center called the Parc du Cinquantenaire. There’s a museum of cars there, called the Autoworld, out of curiosity I went to see that. I have never been a big fan of cars, oh, actually I have, when I was a child, but not today. Even so I was impressed by the collection, it is very impressive to be less than one meter away from those beautiful cars from different periods.

Then I went to see the European institutions of Brussels, just next to the park. And I guess out of this trip, this is what I felt the most enthusiastic about. If I weren’t that tired J would have spent a day there. The visit was completely free and there were a lot to see and to learn about the Europe. I found it excellent, very interesting. My head was going to explode due to the abondance of information, but I was greedy to have done so much in a single day. Somehow it made me feel proud to be living and working in Europe.

So my trip to Brussels ended there, I then slowly walked back to the hotel, took some more photos of what I found beautiful along the way…..

Generally speaking, I was very happy with this trip. And I look forward to more solo trips in Europe! My first solo trip has been a huge success. It is incredible how travelling (even if it exhausts you physically from walking and mentally from absorbing new information) reenergizes you completely from your daily routine.

More to come~ I decided it for myself.