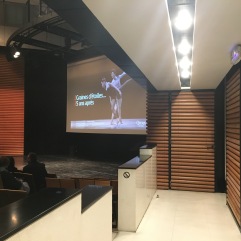 This Monday, Chun attended the official screening of Graines d’Etoile… 5 ans après at a studio at Opera Bastille, organised by Arte. It’s been four years since he first danced at Opera Bastille, but he never knew there was such a small studio theatre like this! Bastille is indeed gigantic.

Before this screening, Chun had watched the documentary once already, at a private screening. The second time is always less shocking than the first time.

Here’s the first part of Graines d’Etoile…… 5 ans après. The video will be available until 26th January 2019. To see the four other episodes, the DVD is out now! You can click the image below to order (France area only):